Quick Fix for Networking Quirks in VMware Cloud on AWS 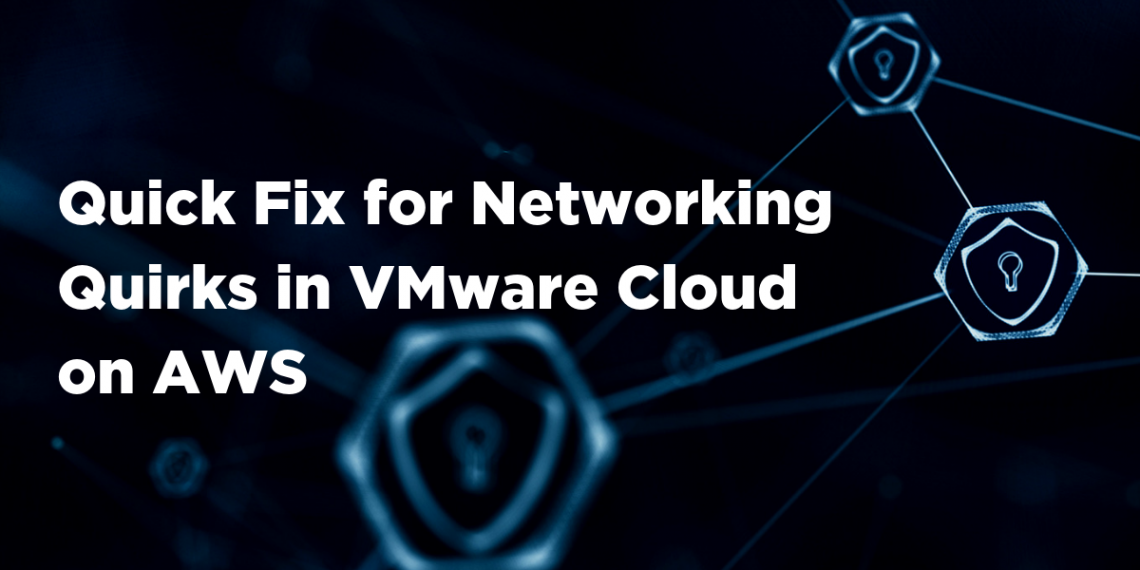 If you are considering moving your VMware workloads to the cloud, or you have already tried and run into some quirky Layer 2 Extension networking issues, this is the blog for you.

If you have a VMware vCenter stack and physical networking on-premises and you’re looking to stretch your layer 2 from on-premises to your cloud vCenter in VMware Cloud on AWS that is primarily NSX, you might encounter a problem.

From the available options, you likely selected the Standalone Edge as there is no additional licensing cost and is relatively quick to set up.

Session-based traffic that crosses your physical networking and the Standalone Edge appears to drop and never reaches its destination.

Here’s what we discovered and how you can resolve this issue.

The trouble ticket came to us in the following state: The client had 3 networks stretched from their on-premises data center to VMware Cloud on AWS. Two networks were considered “internal” and the third was a “DMZ”. Think “web application with layer 2 extension across both sites. Gateways, IDS, and IPS on-premises.

Here are the steps we took:

We began a conversation with VMware and VMware Cloud on AWS support. After more hours of debugging every virtual and physical network interface in the path of the data, we came across a few forum and blog posts from 2009 (10 years ago as of the writing of this) that described similar behavior, having to do with certain Kernels quietly dropping packets when TCP Sequence Numbers were randomized. This rung a bell with one of the VMware Cloud on AWS support staff and they recalled a bug from some time ago.

Eventually, we got the below information as a supported method to allow random sequence numbers with TCP traffic on the standalone edge. We implemented this for our client, it works a charm and is persistent after a reboot. Just keep it in your back pocket for the day you have to redeploy!

Authenticate to the Standalone Edge as Root

3. Find the below information within the file

So, if you are stretching Layer 2 using the NSX Standalone Appliance, your session-based traffic isn’t reaching its destination and you have TCP Randomization enabled on your physical network, the above may be of use to you.

We hope you found the information and the script valuable. We also published a really handy Cheat Sheet for VMware Cloud on AWS recently that can provide some guidance on the criteria and limitations you should know as you adopt VMware Cloud on AWS for your next project.

Unisys and Faction to Offer Joint Solution for Data Protection, Cyber Recovery and Business Continuity in On-premises and Multi-cloud Environments